How a Slot Machine Works

Slots are electro-mechanical gambling machines that use randomized numbers and produce probable results.

The pay table shows the player what combinations pay out and how much.

Most machines have multiple winning lines on the reels, so options are given for how many lines the player wants to bet. Each line is equal to one bet, so on a five-cent machine, betting on five lines would equate to betting 25 cents.

Though many machines print redeemable tickets, machines that pay out in coins have a large bin to catch them.

A credit meter keeps track of how much credit the player currently has as well as winnings when the reels are spun.

Credits are often used instead of showing actual cash amounts because, to the player, losing credits may not seem as negative as losing money.

Once the player has selected how many lines they want to bet, pulling the arm or pressing the bet button locks the settings, selects a random number, and spins the reels.

The RNG continuously generates thousands of numbers per second while the machine is on. 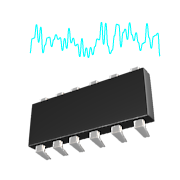 Some RNGs may use a device that collects thermal noise and converts it into electrical signals to help generate the numbers, as computers alone are only able to generate pseudo-random numbers.

The EPROM (Erasable Programmable Read-only Memory) controls the weighting of the machine to make sure the desired payout percentage is reached.

When the bet button is pressed, the number generated by the RNG at that exact moment is selected and used.

Reels are for show, and by the time they’re spinning the machine already knows what the outcome will be. Spinning and stopping reels in sequence helps build suspense and excitement for the player, keeping them more interested. 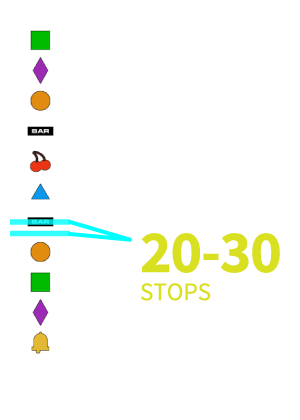 Each reel usually includes 20 to 30 stops, which are the symbols and blank spaces on the reel.

Over many random play sessions, odds are predictable. By adjusting payouts for winning spins, casinos observe legal requirements while delivering an entertaining experience.

Odds are predictable over time,

Many states have laws that require certain payout percentages. For example, a machine that returns 85 or 90% of the cash it receives over time would still give the casino a 10% - 15% cut. 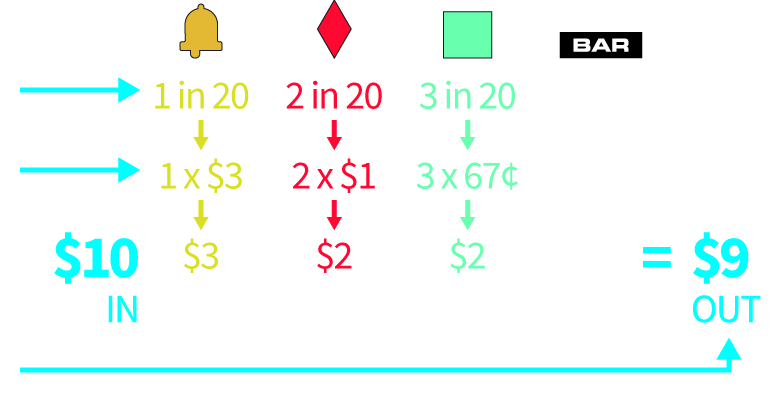 The programmable EPROM allows weighting to fine-tune the play experience.

For example, if a reel has 10 blank spots, as long as that quota is met, it doesn't matter which blank spots are used. The machine could be programmed to land on blank spots around jackpots to give the player the impression of a "near win."


On a multi-reel machine, the odds of winning decrease exponentially. For example, taking the single reel example from above and multiplying it to 3 reels (all with identical symbols as the first), the chances of a winning combination (3 of the jackpot symbol instead of 1) drop from 1/20 chance to 1/8000 chance.

Slot machines are designed to be tamper proof to both the players and the casino.

The cabinet and screen act as a faraday cage to disperse electricity and ground electrical signals, preventing outside electrical signals from interfering with the machine’s processes. The screen is coated in a clear, electrically conductive chemical, and connects to the metal cabinet to allow conductivity between the two.

The EPROM is programmed and tested in factory, then placed in the machine with a tamper evident sticker over it. This style of chip is reprogrammable using ultraviolet light and must be removed from the machine to do so, which is allowed only when a gaming authority is present.

Coin dispensers use a light sensor to count the number of coins dispensed.

Reels have sensors that detect extra movement, so trying to move reels manually causes an error to display on the LCD screen and any winnings are negated. 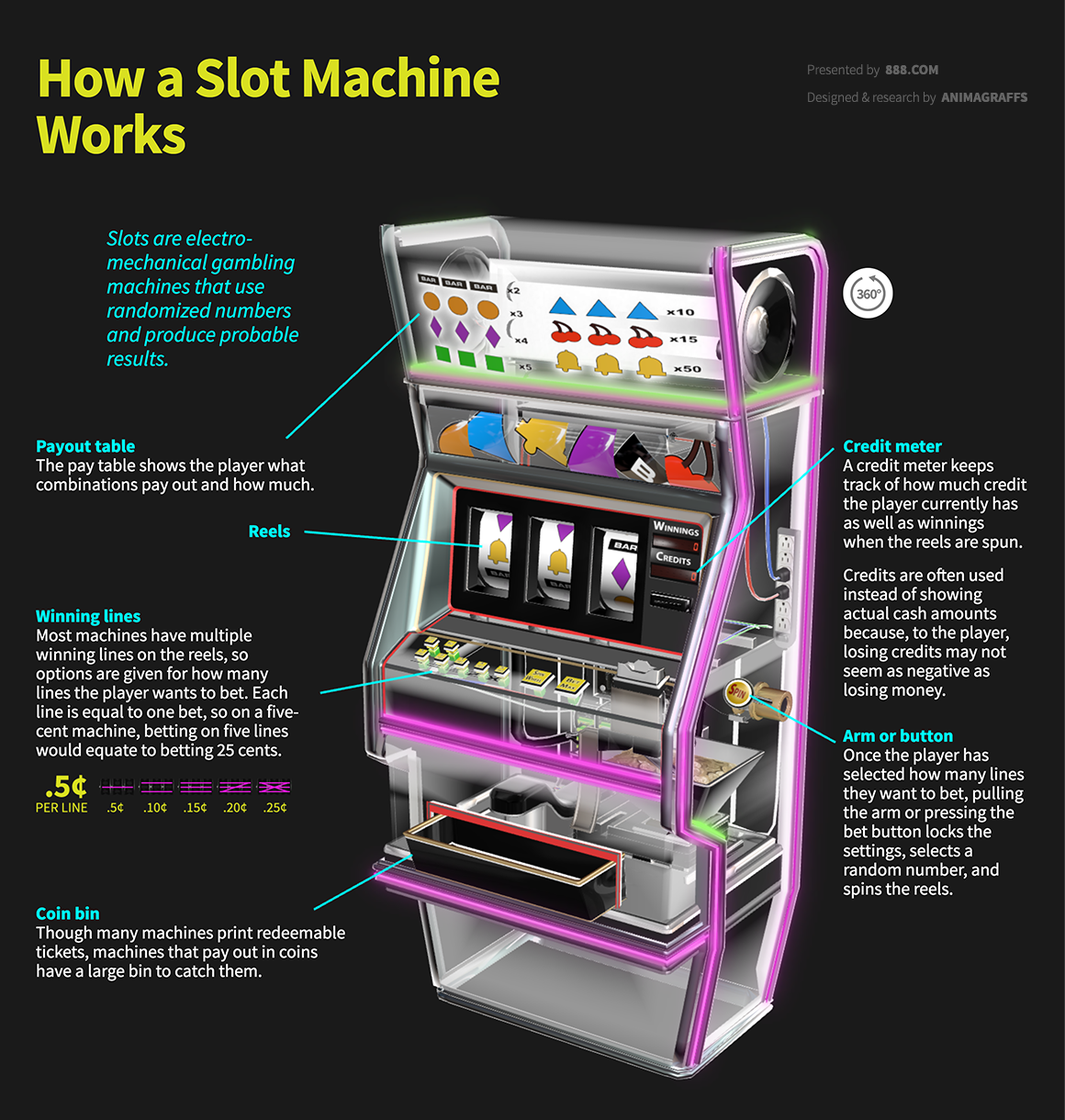 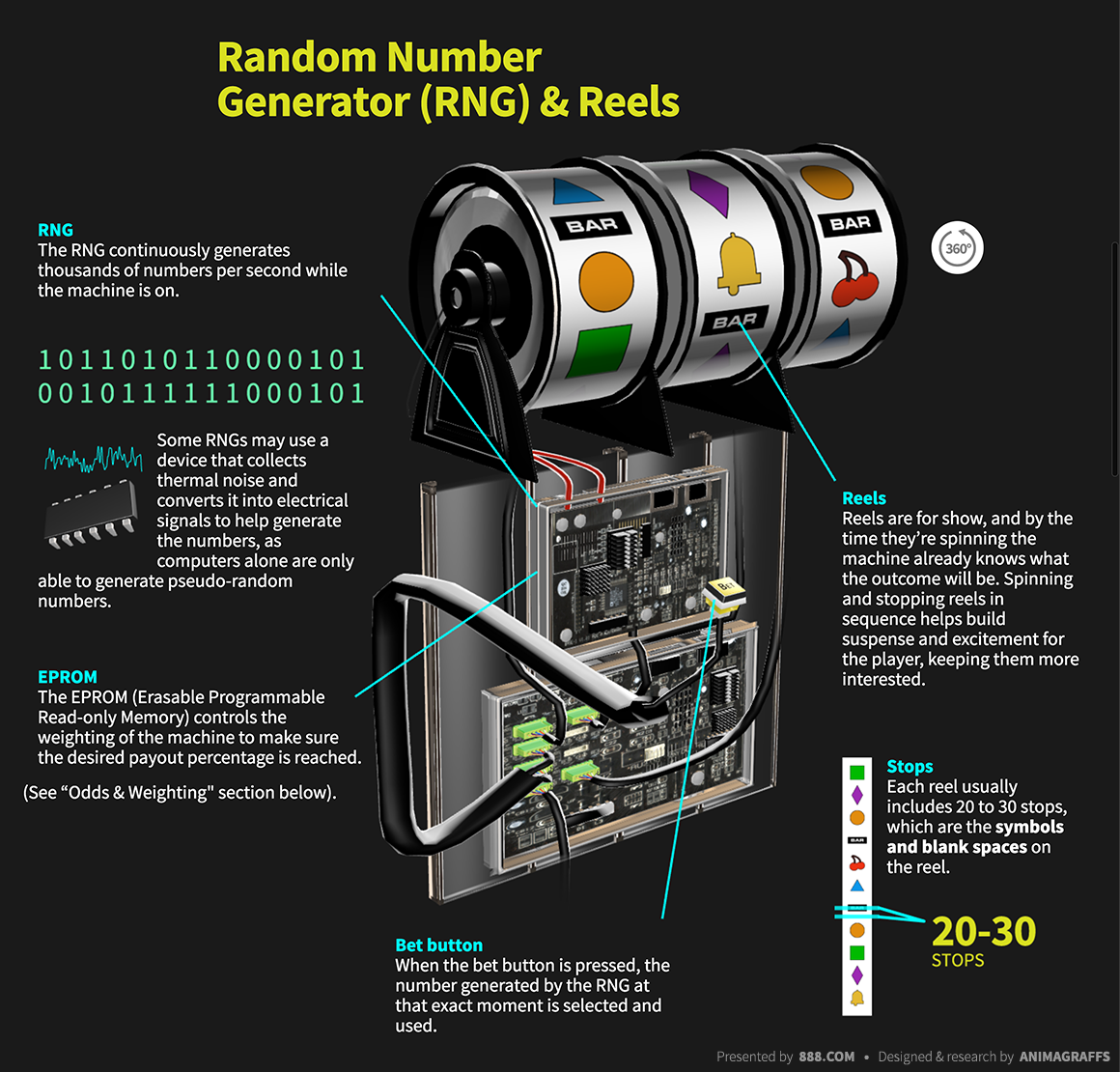 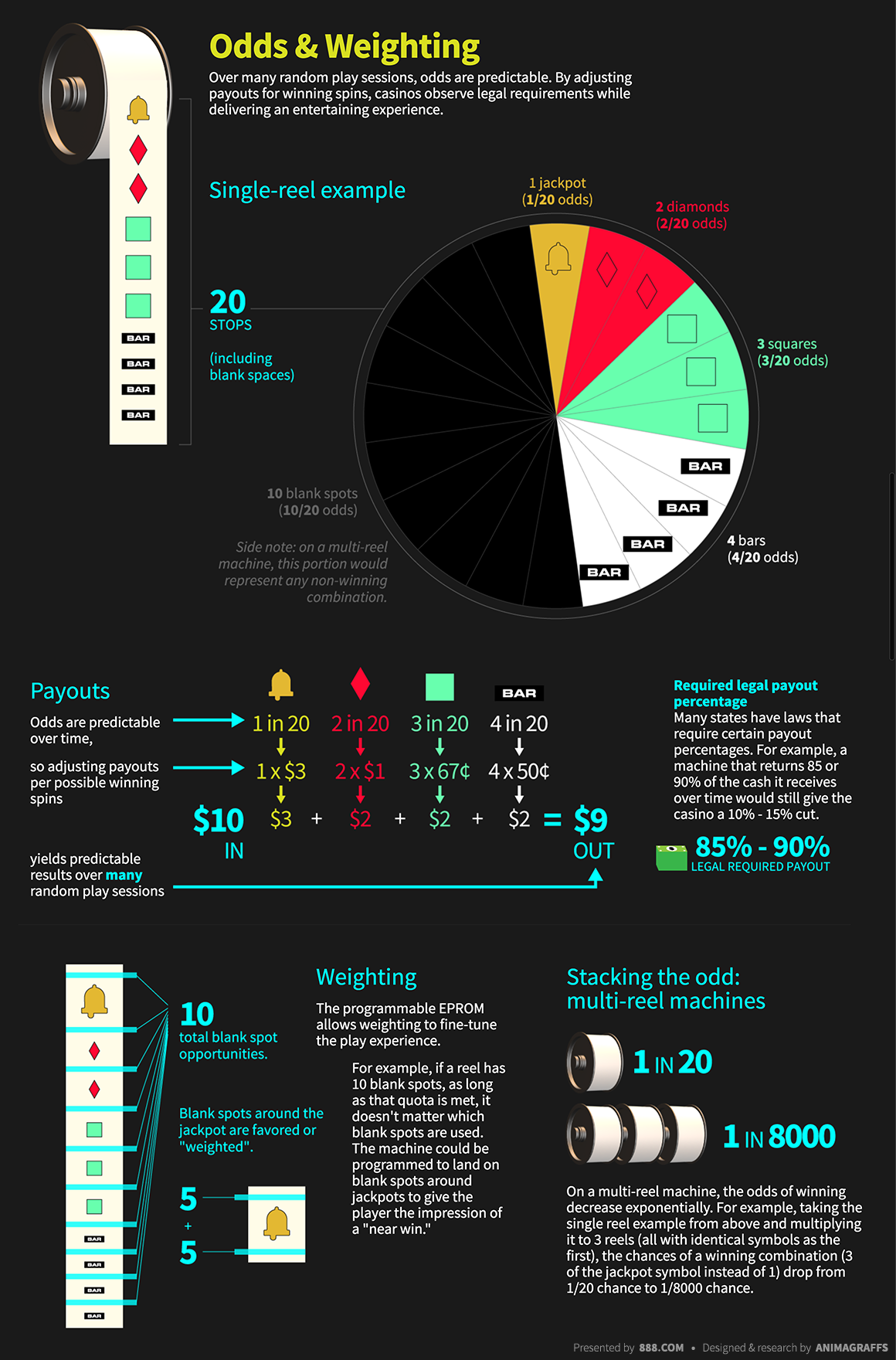 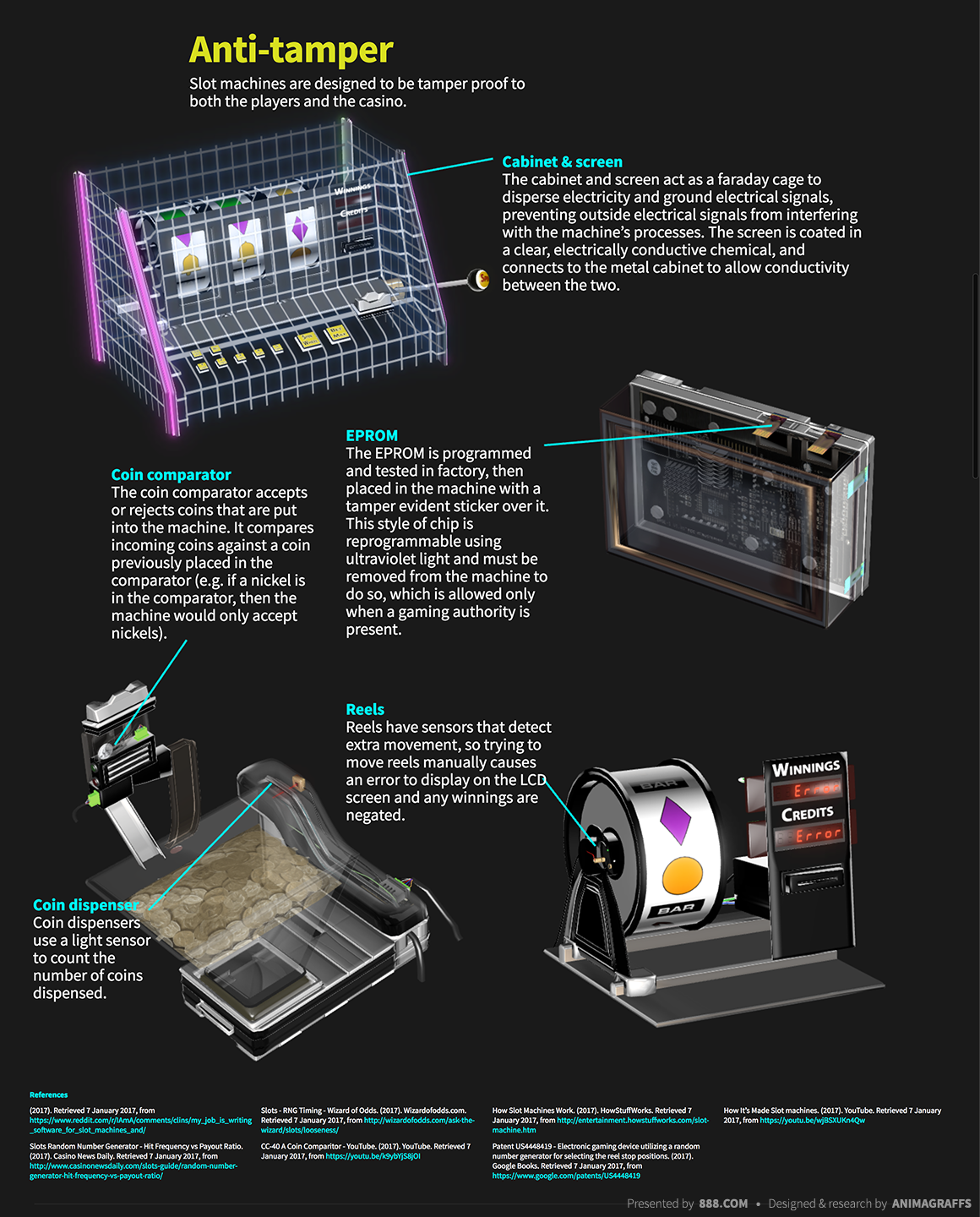