Airbags serve as a Supplemental Restraint System (SRS), which is secondary to the seatbelt system.

When a crash happens, sensors send data to a central "brain" (called the "Airbag Control Unit"). The ACU evaluates all incoming information to decide if airbag deployment is necessary, and if needed, deploy specific airbags. 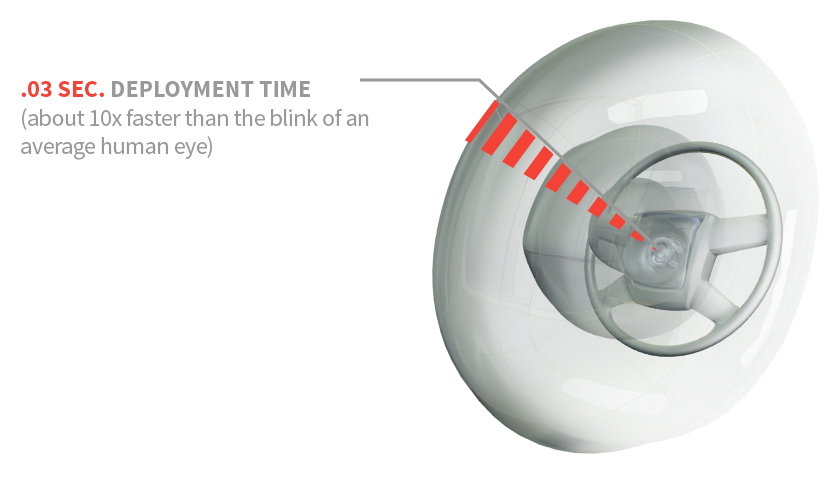 The process usually happens in under 0.03 seconds, and before a human body would move toward it because of the crash.

Sensing and evaluating a crash 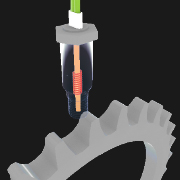 Wheel speed sensors use a toothed wheel attached to the vehicle’s wheel and a magnet surrounded by a coil to determine wheel speed. As the teeth pass by the magnet, the magnetic field fluxes and creates a current.

The seat occupancy sensor uses a silicone bladder on top of a pressure sensor to sense the weight of the passenger. If a passenger is detected, the sensor sends a signal to the ACU, and the corresponding airbag is deployed.

External sensors have a force collector, such as a spring or diaphragm, to determine the amount of pressure being applied and convert the pressure into an electrical signal.

The ACU consists of a processor core, memory, inputs, and outputs. It uses a logic gate programmed with algorithms to "decide" whether to deploy airbags. The ACU also performs regular diagnostics and, in most modern cars, contains a "black box" or Event Data Recorder (EDR) that saves crash information.

The airbag inflation process must be immediate and precise.
Here are a couple of units that display common inflation techniques. 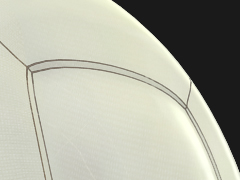 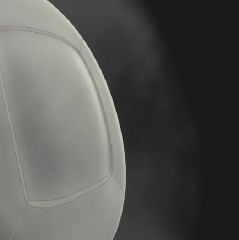 The airbag assembly usually contains talcum powder or cornstarch as a lubricant so the airbag doesn’t get stuck on deployment. 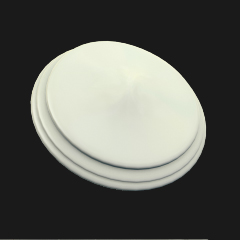 Airbags are folded and stored in a compartment inside the vehicle, which has designated seams that tear open during deployment. 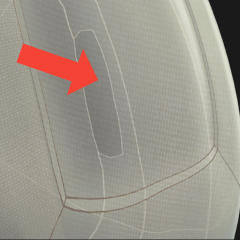 Airbags have vents in the back that allow them to slightly deflate and cushion the vehicle’s occupant as they make contact with it.

Side torso airbags have a lower, firmer chamber to support the pelvis and an upper, softer chamber to cushion the ribcage.

Side curtain airbags stay inflated for several seconds to protect occupants if the vehicle rolls over.

Inflatable seatbelts increase the surface area against an occupant’s body to reduce injury. 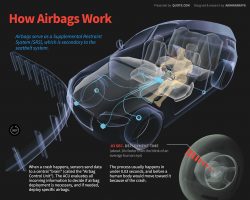 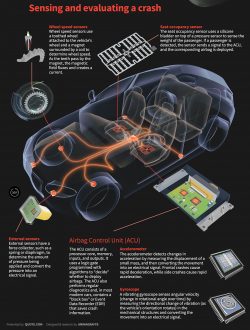 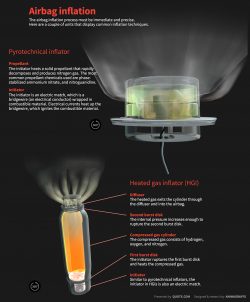 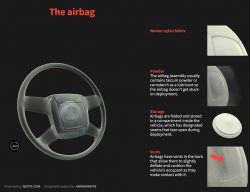 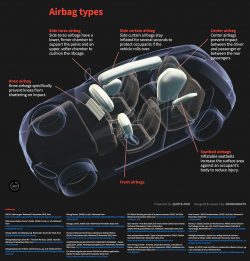